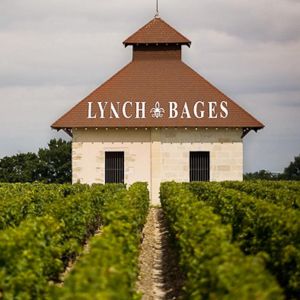 In the heart of the Medoc on the banks of the estuary, Pauillac (Gironde, France) has been the true birthplace of Grand Cru Classe wines since 1855.

Lynch Bages's vineyards are superbly sited on a plateau west of Pauillac town, in the small village of Bages. The 100 hectares of vineyards is planted to 75% Cabernet Sauvignon, 17% Merlot, 6% Cabernet Franc and 2% Petit Verdot. The average age of the vines is about 30 years old, but they have old vines, some of which are close to 90 years old. Also, 6 hectares of vine are reserved for the production of the white Bordeaux wine of Chateau Lynch Bages. Those vines are planted to 53% Sauvignon Blanc, 32% Semillon and 15% Muscadelle.

Since 1973 it has been owned by the enigmatic Jean-Michel Cazes and is now run by his son, Jean-Charles.