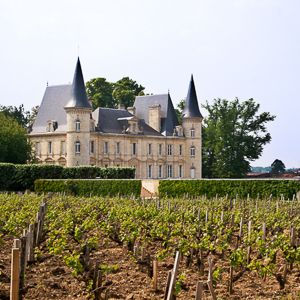 Chateau Pichon-Baron is one of Pauillac’s greatest estates. Nowadays it produces wine of a quality approaching that of its neighbour Chateau Latour. This second growth in Pauillac has become one of AXA Millesimes star properties since they bought it in 1987.

The Chateau Pichon-Baron vineyards cover 73 hectares of gravely soil, to the south of Pauillac. A rigorous selection policy in the vineyard and in the cellars ensures the production of a Grand Vin, Chateau Pichon Baron, which is the pure expression of our unique terroir.