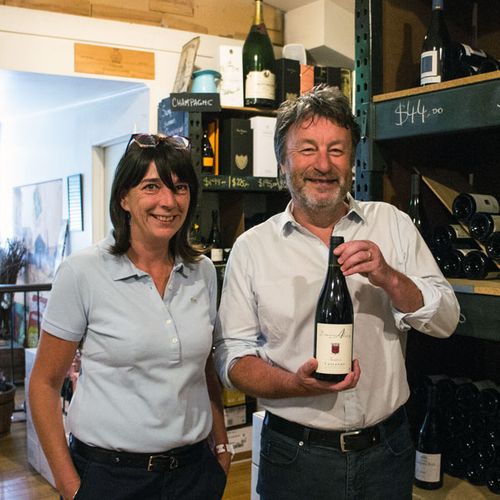 The Alary estate sits on the road to Rasteau with parcels of vines, some around the house, some known as the “Garrigue” and an independant parcel on higher ground nearer the village of Cairanne. The Alary family's involvement in viticulture and wine production dates back as far as 1692.

Tradition, passion and “savoir-faire” are key element in the vines and the acquired experience has been passed on from one generation to the next. Ten generations have successively played a significant role, guided by the respect for nature and environment.

Proof of this conviction, Denis decided in 2009 to convert to organic farming after many years mastering traditional production techniques. Denis Alary, who has taken up the reins from his father Daniel, is regarded as one of the top producers in the appellation. Denis's son Jean-Etienne joined his father in 2016, after vintages in Australia (Henschke) and New Zealand (Seresin). The 29 hectares of vines comprise 26 hectares of red wines from Grenache dominant and 3 hectares of white wines from Rousanne dominant.