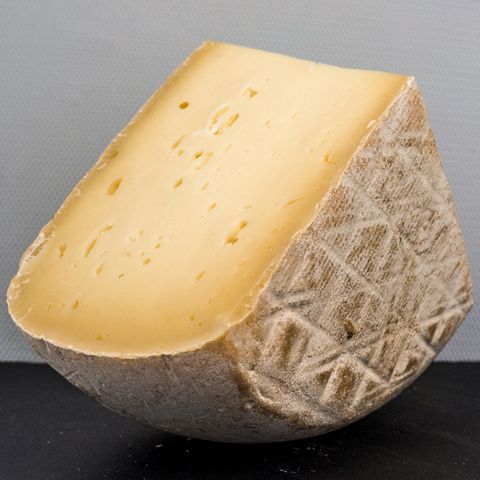 Bethmale is the most typical cheese from the Eastern Pyrénées, originating in “Pays de Couseran” in the Ariège close to the Spanish border. The cheese derives its name from the Bethmale Valley where it was originally produced. The legend says that Bethmale was a favourite of Louis VI's in the 12th Century.

Bethmale is probably the mildest of all the cow’s milk cheeses of the Pyrénées. Daily brushing throughout the 2 months of ripening gives the rind an orangey colour and keeps the cheese creamy with a slightly sweet and sour flavour. The cheese has lots of little holes, as is typical.

It is a cheese that goes well with meat, hearty breads and is also good for grilling and melting. In your glass a red wine such as Collioure, Malbec or Cahors, will pair well.

Stock Level:
Out of Stock
Compare
Add to Favourites
Notify When in Stock
Make an Enquiry