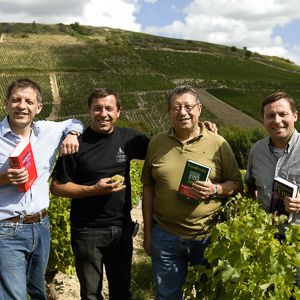 For 10 generations the Bourgeois family have been cultivating vines in the heart of the Sancerre region. They established themselves in the well-known village of Chavignol, famous not only for its wines (produced from vines grown on steep and well-exposed slopes) but also for its goat cheese Crottin de Chavignol.

Starting with 2 hectares in 1950, Henri Bourgeois and his sons have enlarged the vineyard to 60 hectares ideally situated on the best slopes of Sancerre and Pouilly-Fumé.