The attraction to the race is the race itself, when I started out in cycling I never really thought it would be a race for me, but once climbing the professional ranks and eventually on a team that actually started the the Tour. I soon started rubbing shoulders with guys whom it was normal to race in the Tour and it became a reality that the team could use a rider like me for a specific role. The attraction to the challenge became pretty real at this point and like all athletes we love a challenge, the physical and mental side, it was going to be at a level I’ve never been before.

Once I was competing in the Tour, the biggest surprise to me was the shear scale of people it reaches around the world. The roadside crowds, the hype, the noise and the people it’s incredible to be apart of.  From KM 0 each stage/day when the flag drops to the finish line, there is a constant stream of spectators along the road side, everyone set up for the day with a picnic, some wine and just enjoying summer waiting in anticipation for the race to come by.

The most challenging part for me would of been 3 mountains stages in a row stages 10, 11, 12 in 2018 in The Alps, finishing up Alpe D’Huez was but a speed bump compared to what we suffered through during a very testing 3 days for the sprinters/ helpers/ non climbers in the race.

The most impressive part for me was arriving in Paris (Other than a few airport stops I've never been to Paris). So reaching Paris was a big personal goal for me. The journey over the 21 days is like nothing else, the highs and lows and waves of emotions you go through under pressure trying to preform in front of millions of people on the world stage.

As we started the final stage into Paris, it became quite an emotional for us, as we came closer and closer weaving our way through the outer suburbs, it all starts to hit you; the highs and lows start coming back, the memories of your first ever races, the people who have supported you through it all, friends, coaches who got you started and helped you from the junior days, sponsors and the local bike shop where you passionately worked right after school finishes, it all comes back to you when the last kms goes by, you're not even tired any more.

All of a sudden you snap back to race mode, as you go around the corner and for the first time you catch a glimpse of the Arc de Triomphe, as the speed increases you can only catch glimpses of the Arc as it flickers between the buildings. Then in the distance you get a quick glance of the Eiffel Tower, you think to yourself "This is all getting pretty real WOW!!" and here you are Racing into Paris in Le Tour De France with a number on your back, 3,500 something km’s in your legs the pace keeps increasing, nothing but pure adrenaline is taking over, you continue around the next corner, "OK HERE IT IS!!", your heading straight at it Arc De Triomphe, an uproar from the crowd as you charge into the Champs Elysees, the Jets with the Blue, White and Rouge scream above our heads soon drown out by a constant cheering of the crowd.

What a moment to be apart of! A sense of accomplishment, A sense of relief and satisfaction. All worth it.

The spirit of the supporters were great. There are surprisingly many Kiwi's in the crowd, although it was hard to pick out until you hear "Go Kiwi" or "Go Scully".

My French is almost non existent, but I can get by with a few common courtesies, working out the contents of the menu and my way around hotels without any problems.

We have an incredible team Chef Olga with us through out the tour, cooking up all sorts of goodness, goes without saying Pasta, Pasta and MORE Pasta but where possible fresh local ingredients are used, I do remember one of the hotels had provided us with home grown produce from the garden on the grounds - how cool is that? !!

If I was given the chance to I would do it again in a heart beat.

Tour team will be finalised in the coming weeks, I'm off to Tour de Suisse this Wednesday as last preparation race before the team is named. 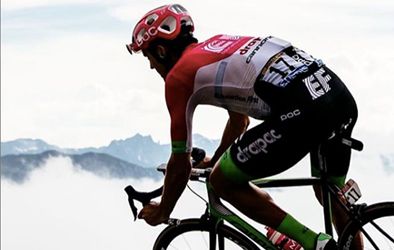 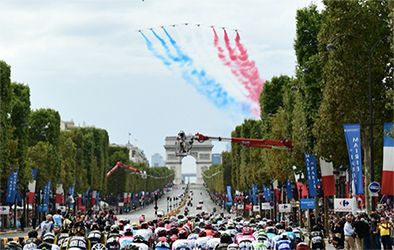 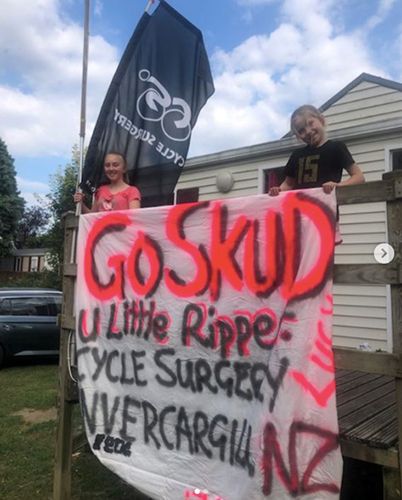 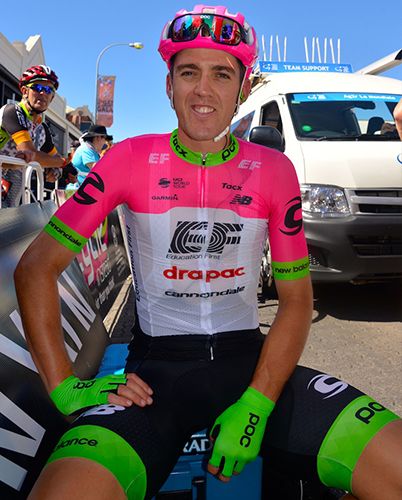