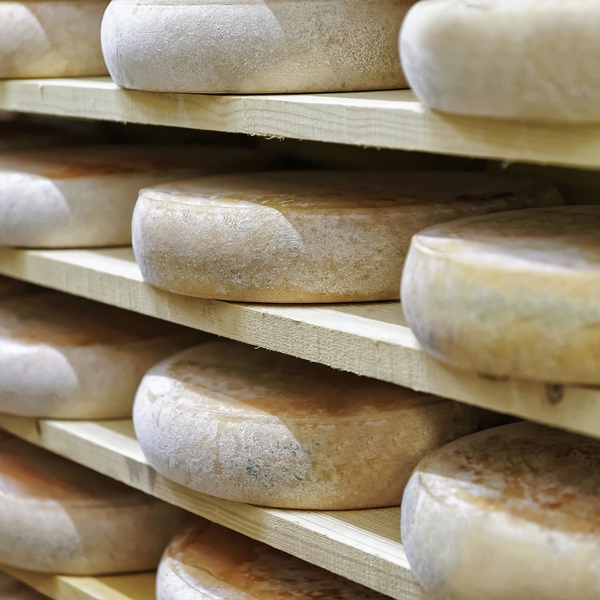 These cheeses, typically large and very heavy, fall into two distinct sub-groupings; hard table or grating cheeses such as Emmental Rape, and mountain-style cheeses. Both start from the same process and the three type of milk – cow, sheep and goat - can be found.

The curds, after forming, are cut up into smaller pieces, and then further heated to cause the release of excess moisture. The end result is some of the world’s most popular cheeses such as Comte, Emmental, Gruyere, Tomme, Beaufort, Abondance etc. Hard Cheeses deserve a place on any great cheese plate.