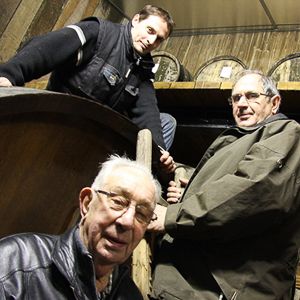 In 1919 Jules Desfrieches, who had already earned the nickname of “Père” Jules, decided to turn his passion into his trade. In love with Normandy and its treasures, Jules started to sell his cider locally. Then in 1923, Jules distilled Calvados for the first time, without knowing that it was the beginning of an institution.

Since 1919, quality and rigor are the driving forces of four generations of producers that have continued to be faithful to the traditional methods with a love for their work. Their only wish is to be able to propose the best products.