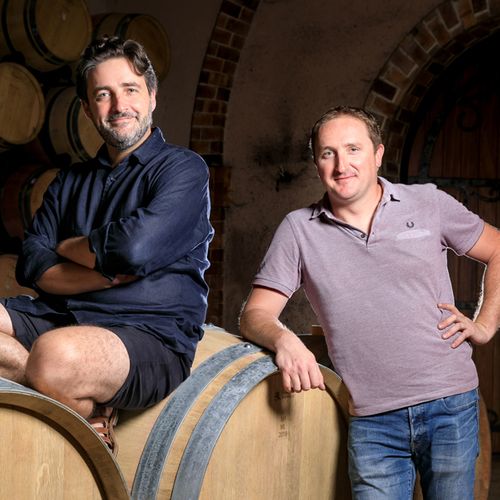 It is reasonable to think Paradou means Paradise in the old language of the “langue d’oc”, as it is magical to live in the south of France. Yet, Paradou actually refers to the old watermills that once dotted the landscape. It is in homage to these majestic giants, built on the banks of streams since Roman times, that we have created these fresh and pleasing wines.

Alexandre & Frederic Chaudiere are from a family that has produced generations of wine-makers at the Chateau Pesquie in the Ventoux, South of the Rhone Valley. In 2005, when they created the Paradou range, they decided to give themselves a new challenge. These two thirty or so year old brothers have always shared a passion for wine.