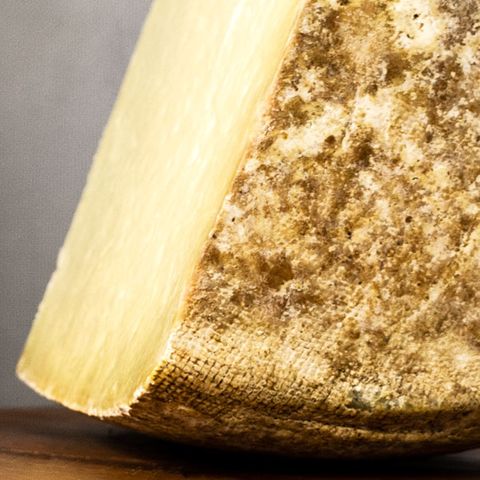 Laguiole is one of France’s most traditional cheeses, protected under the French Appellation d'Origine Contrôlée (AOC) since 1961. This cheese is made exclusively from raw, unpasteurized French Simmental or Aubrac cow's milk collected between May and October above 800m altitude.

Laguiole is often enjoyed at the end of a meal but it is also delightful with before-dinner drinks or in mixed salads. Foodies and gourmets will love various recipes using Laguiole, including soufflés, gougères, potato pancakes and veal with Laguiole. But the most famous dish is Aubrac aligot, which uses not Laguiole but an intermediate stage in its production, fresh tome.